Below is the transcript a Twitter essay typed on August 6, 2015 that inspired this in-depth analytic piece on Donald Trump, published at Salon.com. Several tweets have been lightly edited for spelling and grammar. Follow First Person Politics on Twitter. 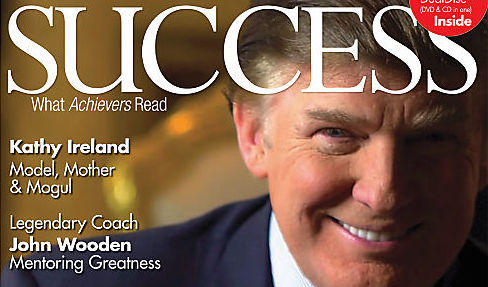 Our corporate consumer capitalist culture has done a remarkable job seeding desire for total and instant gratification throughout the land.

An angry billionaire can channel the impotent rage that results from wanting but not getting better than any political hack.

Trump is selling a fantasy of being able to call all the shots. You want wealth, power, fame, status? You can have it all.

Trump didn’t invent this fantasy, though he has long traded in it. It’s deeply interwoven into modern American culture.

Let’s call it “The American Fantasy.” In its most succinct formulation: You’re one lucky break away from having it all.

This “American Fantasy” stands in sharp contrast with the basic understanding at the heart of the American Dream.

Defined as: If you work hard and play by the rules, you can join the middle class and your kids will be better off than you.

The American Dream is a social contract. The American Fantasy is a shot at winning the lottery, only most people never win.

In our culture of instant gratification, many Americans don’t feel like doing the long, hard work to put it together again.

Not while they themselves are struggling, and not when it means they’ll have to share the dream with *those* people.

To the people who feel this way, the promise of rebuilding the American Dream looks like a fool’s game: a ruse for suckers.

“Better to look out for me and my own and get ready for my big break. Trump is proof that it can happen to anyone.”

Trump’s pitch is and always has been: I’ve got the secret sauce to make it happen to you. The American Fantasy can be yours.

The reason so many people are buying it is that our corporate consumer capitalist culture sells the same thing every day.

The American Fantasy is engrained in the modern American consumer. It’s part of our national psyche now.

Trump is selling the American Fantasy (one lucky break from having it all) as a political rather than a consumer product.

And as is nearly always the case with Trump, HE is your lucky break.

The right’s political & media hacks like Cruz, Palin, Beck, O’Reilly & Limbaugh (and so many others) can’t make that pitch.

They can sell an agenda and a range of reactionary emotions. But they can’t sell a ticket to “having it all” like Trump can.

So in one sense, he’s a classic snake oil salesman. But that’s far too narrow a view.

He’s the embodiment of every unfulfilled wish and desire seeded by the corporate consumer capitalist culture.

As well as the impotent rage that comes from unfulfilled desire, which must be continuously stoked to sustain the culture.

In Jungian terms, Trump is an eruption of the dark shadow of the corporate consumer capitalist culture.

…A culture that is now both metaphorically and literally taking over the political system.

Trump has this tendency to explain the transactional and power dynamics behind his business and political decisions.

He states out loud implicit dynamics that are usually left unstated (e.g. donation to Hillary, leverage over the GOP, etc).

In saying how the game is played, he exposes the ugly transactional underbelly of our corporate consumer capitalist culture.

So why does he do this? He isn’t a good government reformer. He isn’t showing us the inside track…

And while he’s definitely sticking it to the establishment, he admits his own complicity in the corrupt transactionalism.

Pot, meet kettle. It’s more like he’s showing off his mastery over the corrupt transactionalism at the heart of our culture.

It’s when Trump explains the game that he most embodies the shadow of the corporate consumer capitalist culture.

The corrupt transactionalism that usually remains unstated, implicit or unconscious: Trump brings it out of the shadows.

The thing about eruptions from the collective shadow is that they are inherently unpredictable and extremely dangerous.

And these eruptions have a way of attracting those low in self-awareness and self-possession like moths to a flame.

So even if he never wins a single election, Trump could still be a very dangerous man. (End of twitter essay.)