Rationalization. The word gets tossed around a lot in both politics and psychology. But it at least three meanings which are important to political psychology, all of which occur with great frequency in modern politics. Here’s what they are: 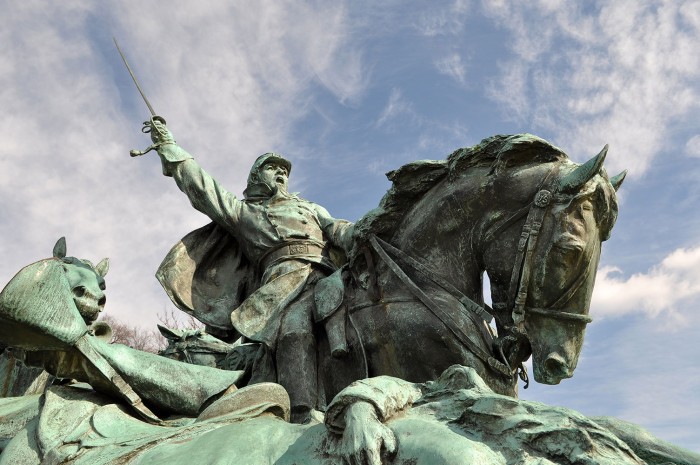 Rationalization Type One. Justifying something that is difficult to justify.

Rationalization Type Two. Explaining what caused a thing as if you know, when in fact the cause lies outside conscious awareness.

Rationalization type one is about right and wrong; type two is about cause and effect; type three is about order and chaos. Let’s parse the distinctions in a bit more detail.

And in everyday life, all of us engage in type one rationalization routinely. We’ll rationalize wearing an outfit, splurging on a bowl of ice cream or telling a little white lie to spare someone’s feelings. This first type of rationalization is an exercise in calibrating one’s moral compass to accommodate the exigencies of living in the real world.

Rationalization type two is a form of postulation or conjecture. Specifically, it involves the stories we tell that are supposed to explain what caused our own thoughts, feelings and behaviors. We all think we know ourselves. We all believe we can explain why we acted or reacted in a certain way. But do we really know ourselves that well? Psychology says probably not, no matter how convinced we might be.

Studies consistently show that the causal explanations people give to explain their opinions and decisions are mostly bogus. It turns out these explanations are mostly after-the-fact rationalizations — postulates, speculations or guesses — that feel true but don’t stand up to scientific scrutiny. The real determinants driving our thoughts, feelings and behaviors are hidden in the unconscious recesses of the human brain — an inaccessible “black box” which none of us can see inside, even when the brain is our own.

People who work in politics and public affairs have a really hard time accepting that this kind of rationalization actually occurs, despite the abundant scientific evidence of it. That evidence is nearly impossible to obtain using polls, focus groups, data analytics and other conventional forms of research which traditionally guide political strategy. Instead, you have to set up controlled experiments to see how factors outside conscious awareness are really driving attitudes and behaviors. Or you can read about those studies in published papers and academic journals, something few people in the public affairs industry have the wherewithal to do.

Voters and leaders alike are at the mercy of a host of unconscious impulses and biases as well as a plethora of unrecognized external influences that escape their attention. National flags, message framing, the weather, even the presence or absence of a partisan cue have all been shown to influence — and change — how people think and behave. Sometimes these changes can occur right before our eyes. Yet most people, most of the time will remain completely unaware of how these and other factors affected them. These invisible influences are ubiquitous — not just in politics, but in the human experience. They’re constantly pushing and pulling us in one direction or another. We all believe in free will and that we know our own motivations, but the truth is that usually we really don’t. 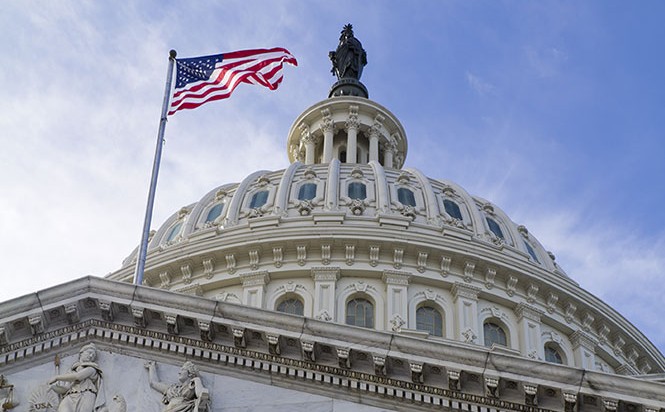 When asked, people will report the reasons for their preferences and choices. Most people will sincerely believe their own accounts and fiercely defend them if challenged. But when tested experimentally, these accounts have virtually no explanatory power whatsoever. They’re highly convincing but ultimately fictitious narratives concocted by the mind to create the illusion of self-awareness. These sincere yet bogus explanations of one’s own thoughts, feelings and behaviors are called rationalizations, in the type two sense.

That they exist and appear to be omnipresent should have big ramifications for political strategy. It means we can’t necessarily take people’s poll responses at face value. It means we can’t treat voters — or leaders — as if they are rational actors in full and complete control of their own actions. It means that the quickest route to changing another person’s behavior is NOT changing their mind. Instead, altering some factor in the environment or finding a way to trigger a specific unconscious impulse is much more likely to affect the intended target in the intended way. It’s a novel approach political strategy — but it’s one that successful businesses from Google to Target have embraced — and it works better than conventional methods of persuasion and motivation.

Type one and type two rationalizations have another intriguing property when they occur in a political context. Both kinds may contain clues pointing to the true, unconscious motivations of the person espousing them. It takes a trained eye to spot these indicators and to correctly interpret what they mean, but they are often present — and deeply revealing. This peculiar feature of rationalization is what makes remote psychological profiling possible. Psychological profiles connect the seemingly unrelated dots contained in a person’s rationalizations to paint an accurate portrait of the subject’s unconscious motivations.

Now to reiterate, type two rationalization is about the (usually fictional) determinants of a behavior. Type one is about the moral or ethical justifications for it. Both are potentially useful to trained political psychologists, but they are not the same thing.

The distinction between the two is often obliterated in the heat of political warfare, sometimes deliberately. For example, explaining what caused the 9/11 attackers to commit a heinous act of terrorism is not the same thing as suggesting their actions were in any way justified. Hawks will often conflate the causa with the causus belli in order to demonize their opponents on national security issues.

Part of the problem resides within the English language itself. All of the most common English words necessary to establish a contingent and linear relationship — words such as cause, reason, why, because, explain and all their variants — have both moral and exegetic connotations. Sometimes there’s no way to avoid conflating explanation with justification. It is regrettable that words so often fail us in these matters.

Rationalization type three is about systematization. When someone is trying to “rationalize the will of the voters” they’re trying to bring coherence to an inherently incoherent phenomenon. Economics is an attempt to rationalize — or make sense out of — the production, distribution, exchange and consumption of goods and services. Astronomy is an attempt to understand and predict the cosmos. Order from chaos is the essence of type three.

Sometimes type three rationalization may be fully justified and warranted — as is most likely the case with mathematics. But even the highly rationalized (type three) universe of mathematics contains irrational numbers, such as PI (3.1415927…) and the square root of 2 — neither of which can be fully represented in ratio or decimal form. Obviously we have shorthand ways of expressing these numbers, but they evade exhaustive systematization. That’s what makes them irrational (in the type three sense).

Political science is an attempt to rationalize politics — to bring order, coherence and a certain amount of predictability to power, civic relationships and governing institutions. But unlike mathematics, politics is a social phenomenon. In other words, messy human beings with all their faults, emotions, contradictions and freedoms play a big role and have a way of complicating what might otherwise be uncomplicated phenomena. This makes politics harder to systematize: more challenging to rationalize. 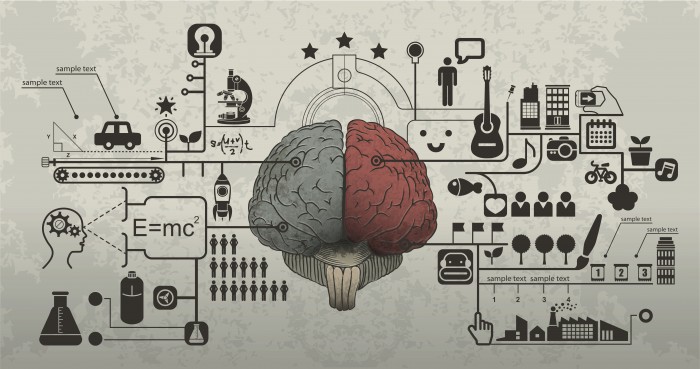 Political psychology’s central critique of political science — and big data analytics — is that they are both quick to dismiss the elements of the human experience that are inherently irrational (again, in the type three sense: chaotic, inexplicable, subject to emotion and whim). It’s not that the political and data sciences have no value. Far from it: they add enormous value to our understanding of politics and government. But they also have enormous limits. They reduce human beings to just the parts that can be easily observed, quantified, systematized and digitized. They purposefully exclude most of what it means to be human in the service of pure objectivity.

It’s a classic purity crusade, only it’s being carried about by rationalists. And like most purity crusades, it’s about control: experimental, statistical and political. In moderation, there’s nothing wrong with objectifying the world to gain better understanding of it. But objective fact is not the only form of knowledge, insight or truth that exists — in politics or in life — nor is it necessarily the most effective at bringing about personal, social or political change.

Here is how the leading lights of political psychology have explained it.

Consider the words of George Lakoff…

“Unconscious modes of thought are not visible to the naked eye, and so they have thus far gone undiscussed in public discourse, despite their central role.”

Or those of Harold Lasswell…

“Politics is the process by which the irrational bases of society are brought out into the open.”

“The rational and dialectical phases of politics are subsidiary to the process of redefining an emotional consensus.”

Or the legendary Carl Jung…

“A political situation is the manifestation of a parallel psychological problem in millions of individuals.”

“Science is the tool of the Western mindâ€¦it obscures our insight only when it claims that the understanding it conveys is the only kind there is.”

These insights into the human political condition have inspired generations of psychologists to study the irrational bases of power, politics and civic live. Over the past century, their research papers and debates, their studies and experiments have helped bring coherence to the irrational domains of human political behavior.

In the end, all three kinds of rationalization — justification, postulation, and systematization — are important to political psychology and are prevalent political phenomena. That makes them worthy of our attention.