Where, Oh Where, Did Trump Learn to Blame Both Sides?

Donald Trump has demonstrated over and over again that knows next to nothing about politics — and is devoid of original ideas. What precious little he knows, he absorbed from right wing media, conspiracy nuts or the last person he talked to.

So when President Trump today blamed both sides for the violence in Charlottesville, Virginia, you can rest assured that he did not think this up himself. Setting aside whether or not it’s true — it self-evidently is not — Trump at some point in his life must have absorbed the notion that blaming both sides is a reasonable-sounding thing to say in the midst of a contentious political dispute.

Where, oh where, might he have learned such a thing?

False equivalence — blaming both sides for a problem or error that in actuality is confined to just one — is a favorite trope of American political journalism. It’s one of the chief ways that political reporters prop up the illusion of their own neutrality, even as it actively deceives and misleads their audience.

That Trump used such a common media trope in some his most disgraceful remarks to date is a reminder that he is not some inexplicable aberration from American political and media culture. Rather, he embodies its deplorable state. 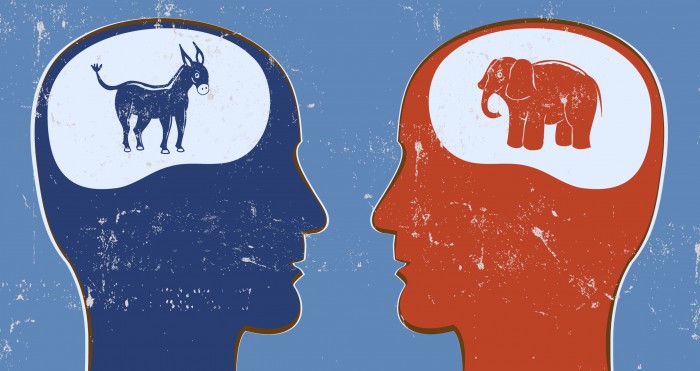