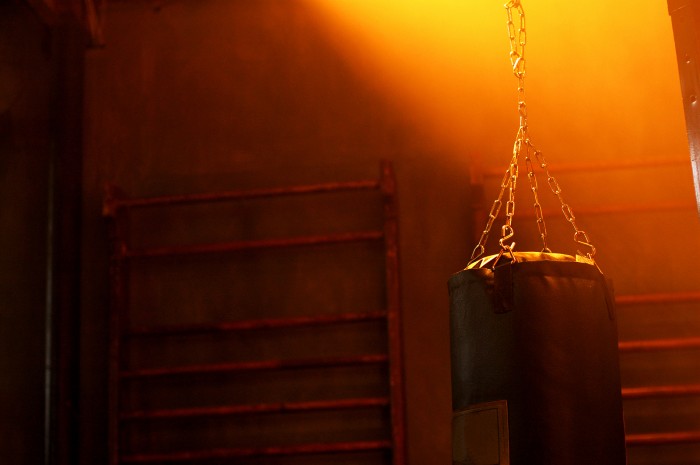 Traitor. Deserter. Secret Muslim. He hates America. He shames our country. He supports terrorists. He gives aid and comfort to our enemies. He has blood on his hands.

Are Republicans talking about Barack Obama or about Bowe Bergdahl and his family? Itâ€™s no accident that you canâ€™t tell the difference. Through a psychological process known as displacement, Republicans are transferring all the hate and rage they feel toward President Obama onto Bergdahl and his kin. Thatâ€™s why the attacks on Obama and Bergdahl sound so much alike. In the warped psychology of the American right, Bergdahl is a stand-in for Obama: an excuse to let loose all the things they believe about the president, but can’t say without doing at least as much damage to themselves.

Displacement is an unconscious defense mechanism, used to reduce the anxiety that results from unwanted or impermissible impulses — usually aggressive ones. A woman snaps at her dog because she canâ€™t snap at her micro-managing boss. A boy, angry at his violent alcoholic stepfather, takes to bullying his classmates since attacking his father risks another beating. An old man yells at a politician on his TV because he canâ€™t yell at his neighborâ€™s kids. A political party lashes out at a returning P.O.W. because attacking a president in the same way alienates reporters and voters.

People and groups displace their emotions onto alternate targets when itâ€™s too problematic to confront the real target, but they can no longer keep their emotions bottled up. Thatâ€™s why displaced aggression nearly always finds a less threatening, defenseless, or more distant target: it protects the subject from adverse consequences. And thatâ€™s why Bergdahl represents an especially convenient target for the GOPâ€™s displaced hate and rage. Unlike President Obama, he cannot defend himself. Not only does Bergdahl lack the prestige and strategic resources of the White House; he is presently recovering in a military hospital in Germany from years of captivity, maltreatment, and abuse. At the moment, neither he nor his family are in any position to defend themselves from the onslaught of attacks. You’d be hard pressed to find a more helpless target.

Were it not for his association with the President, itâ€™s unlikely Republicans would be attacking him at all. The virtual bloodbath theyâ€™ve unleashed since Bergdahlâ€™s return stands in stark contrast with their own views in the hours, days, weeks, and months prior to his release from captivity. Itâ€™s not as if they couldnâ€™t have known any better. Almost all of the questions surrounding the circumstances of Bergdahlâ€™s captivity have been a matter of public record for years, and have been reported on previously. Most Americans may be learning about Bergdahl for the first time, but Republicans whoâ€™ve been singing his praises all along have no such excuse. Theyâ€™ve clearly changed their tune for partisan political reasons — and haven’t even bothered trying to deny it.

Even so, partisan political reversals like this don’t usually come paired with the sort of explosive hostility we’ve observed from the right over the past few days. This type of overreaction is far more common when the source of anger has been building for months or even years with little or no outlet. If conservatives or Republicans were simmering over Bergdahl’s actions before this week, they showed no signs of it whatsoever. That’s why it’s highly unlikely that Bergdahl is the real source of their anger. He’s just what set them off.

Furthermore, Republicans have systematically dismissed the ambiguity and uncertainty at the heart of the Bergdahl case. Itâ€™s plainly obvious verging on the self-evident that the conflicting stories told by the defense and intelligence community and by Bergdahlâ€™s former colleagues, by the White House and by the press, by Republican operatives and by leaked military documents cannot all be reconciled with one another. Bergdahl may yet turn out to have gone AWOL or worse. But from the moment the prisoner exchange was announced, Republicans have treated every unresolved question about him as a settled answer, every unsubstantiated allegation as a hard fact, and every contested accusation as an undisputed truth.

The rightâ€™s absolute certainty in the face of this extraordinary ambiguity is a telltale sign that Bergdahl may the unwitting victim of displaced psychological material. His relative helplessness as a target is another strongly suggestive indicator. The clear absence of any prior hostility towards him — despite ample potential justification — is proof Bergdahl isn’t the real source of the right’s outrage. The uncanny familiarity of the attacks and epithets levied against him makes it quite clear who is.

The psychological mechanisms behind Republican behavior may be challenging to understand, but the moral implications are not. Republicans know they canâ€™t say certain things about our president in public without alienating the rest of the country. So theyâ€™re using an American veteran and recovering prisoner of war who has no way to defend himself as their partisan political punching bag.