“House of Woes” in No Danger of Being Cancelled

“Paul Ryan’s House of Woes: Almost six months into the job, the new speaker is struggling to advance an agenda.”

Although many Beltway insiders were hoping and praying that Congress would see better days under Paul Ryan’s leadership, it wasn’t hard to see that the new speaker would struggle to govern, given the ongoing dysfunction and turmoil within the House Republican Conference and the Republican Party as a whole. 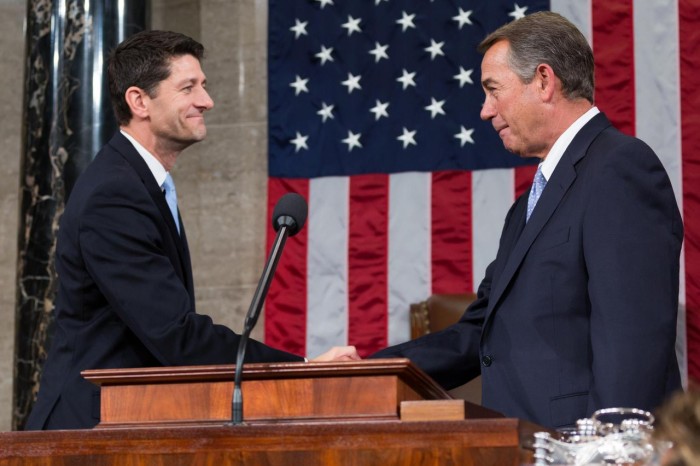 Almost six months into the job, Ryan and his top lieutenants face questions about whether the Wisconsin Republicanâ€™s tenure atop the House is any more effective than that of his predecessor, former Speaker John Boehner (R-Ohio). Ryan has flattered the House Freedom Caucus and pursued promises to empower rank-and-file Republicans with reforms to how the House operates â€” yet itâ€™s yielded little in the way of actual results.

Democrats are openly mocking their GOP counterparts, and Republicans grumble â€” in private so far â€” that nothing is getting done under Ryan. Like Boehner, Ryan is finding out that becoming speaker is easier than being speaker, at least in the still badly divided House GOP Conference.

The truth is that the tensions within the House GOP are nothing new. They’ve been building for years, right alongside the escalating ideological and partisan polarization, the leveraged brinkmanship that has come to dominate congressional politics, and the gridlocked, do-nothing congresses that have generally prevailed over the last two decades.

All of these phenomena are part of the same package. They are generational phenomena, which is to say they are symptoms of which generation currently holds power in Congress.

It’s no accident that the dysfunction in Washington really got going when the Baby Boomers were swept into power in the 1994 midterms, or that the dysfunction escalated to unprecedented heights as this generation’s power peaked in the first half of the current decade. And it won’t change until a new generation comes to power.

As predicted in January:

House Speaker Paul Ryan may dream of leading a more harmonious, more substantive GOP, but thatâ€™s not going to happen until he gets a majority in Congressâ€”and, no, Iâ€™m not talking about the Republican Party. Iâ€™m talking about Generation X.

It might sound odd, but the generational composition of Congress has an enormous impact on the country. Building on William Strauss and Neil Howeâ€™s groundbreaking generational theory, original research authored by my consultancy First Person Politics shows that each new generation to win a majority in Congress brings about a large-scale shift in the national political culture. These shifts, determined by each generationâ€™s unique character, unfold over 20- to 25-year time spans, which makes them difficult to recognize for those immersed in the 24/7 news cycle. But they are as predictable as the sun rising in the east and setting in the west.

Some shifts are good for the country; others not so much. Consider the generation currently in chargeâ€”the baby boomers (born 1943-60), whose time in power has been marked by rising extremism and polarization as well as historically low productivity. Luckily for the country, our research shows that a Generation X Congress is likely to be a very different kind of governing bodyâ€”one that will have its own issues, to be sure, but that will cope well in crises and be more productive and more flexible than its forebears.

We still have several years before this new normal will take effect. Ryan might hold the gavel, but Generation X (born 1961-81) currently holds only about 37 percent of the seats in the House and a quarter of the seats in the Senate. Projections show that Gen X is unlikely to win its first majority in the House until the 2018 election cycle. And it could happen as late as 2024 if Gen Xers shy away from running or if incumbents in their late 70s and 80s continue to postpone retirement.

Until then (unless voters in 2016 unexpectedly decide itâ€™s time to retire members of Congress over age 55), Ryan will be managing a chamber and a caucus still controlled by baby boomersâ€”who will prevent him from inaugurating a new era of productivity and pragmatism.

You can read the rest of the article here, which looks at how previous generations changed the tone of national politics, and what may be in store when leaders from Generation X finally wrest control from their elders.

Given Gen X’s current numbers in the House, which fall considerably short of a majority, “House of Woes” is in no danger of being cancelled anytime soon. The question now is whether the show’s new protagonist, Paul Ryan, will fall victim to the same forces that sent his predecessor packing.

Keep watching and pass the popcorn.